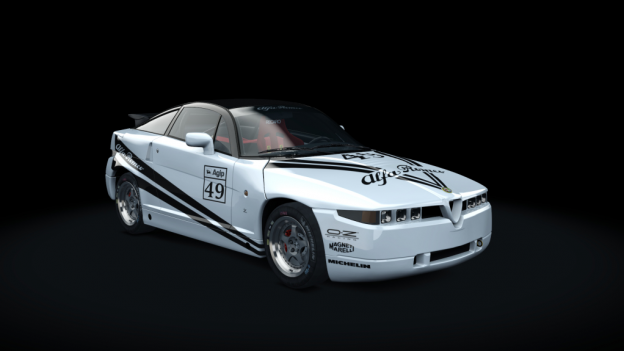 The Alfa Romeo SZ (Sprint Zagato) or ES-30 (Experimental Sportscar 3.0 litre) is a high-performance limited-production sports car built between 1989 and 1991 by a partnership between Centro Stile Zagato, Centro Stile Alfa Romeo and Centro Stile Fiat. It was unveiled as the ES-30 at the 1989 Geneva Motor Show as a prototype by Zagato, although the car was mainly built by them - not designed mechanically.
The SZ was planned as an attempt to revive Alfa Romeo's sporting heritage after its acquisition by Fiat in 1986 and was developed to recall the Alfa Romeo Giulietta Sprint Zagato from the late 1950s and early 1960s. A common misconception about the SZ is the car being designed by Zagato, but the car was designed in-house. Robert Opron of the Centro Stile Fiat was responsible for the initial sketches while Antonio Castellana was largely responsible for the final styling details and interior. Only the 'Z' logo of Zagato was kept on the design with the signature Zagato double bubble roof being absent. The car possessed unusual hexa headlights positioned in a trio on each side - a styling used more subtly on later Alfa Romeo models in the 2000s. The unusual design of the car can be attributed to the use of early CAD/CAM, or computer-aided design and manufacturing by Alfa Romeo.

Mechanically and engine-wise, the car was based on the Alfa Romeo 75, with production being carried out by Zagato at Terrazzano di Rho near the Alfa Romeo factory in Arese. The thermoplastic injection moulded composite body panels were produced by Italian company Carplast and French company Stratime Cappelo Systems.

The suspension was taken from the Alfa 75 group A/IMSA car,[3] and modified by Giorgio Pianta, engineer and team manager of the Lancia and Fiat rally works team. A hydraulic damper system was made by Koni. The SZ was originally equipped with Pirelli P Zero tyres (front 205/55 ZR 16, rear 225/50 ZR 16). The car came without any driver's aids to provide a challenging experience to the drivers.

About the Alfa Romeo SZ ZAGATO Trophy 1993
In 1993 Zagato returns to the circuits with a one-make series reserved for the Alfa Romeo SZ. Eight races in Italy and abroad. At that moment the Zagato Trophy is the most economical race series on the national scene. In 1993, almost 30 years have passed since Zagato bodied cars last took track in anger. And when ten Alfa Romeo SZs lined up at the grid at Monza for the first race in the new one-make series, it was quite an emotional moment for at least one spectator. Elio Zagato spent many of his 73 years racing his companys cars all over Europe, clocking up to some 80 wins in various categories and gaining valuable experience as a test driver. 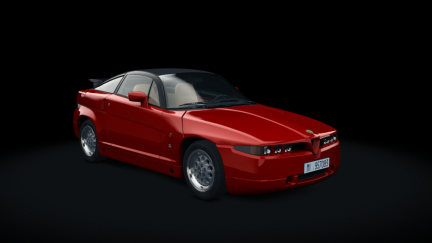 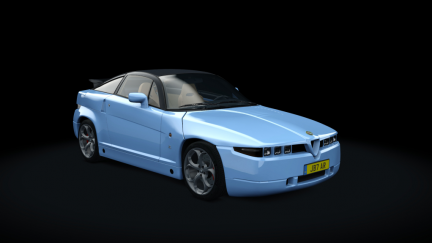