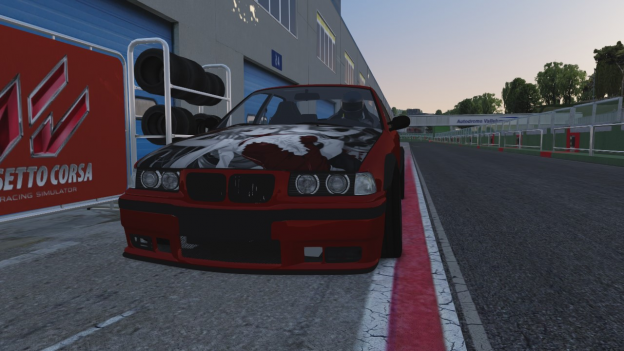 The BMW E36 is the third generation of the 3 Series compact executive cars produced by BMW. Development began in July 1981, with the final design being frozen in 1988. It was introduced in October 1990 (as a 1991 model) for Europe and in April 1991 (as a 1992 model) for US and Canada. It was the successor to the E30 3 Series and was eventually replaced by the E46 3 Series in 1998, though E36 coupes were still produced for the 1999 model year. The E36 experienced enormous success in the market. It laid strong foundations for the success that the BMW E46 enjoyed in subsequent years. Also known as the dolphin shape, the E36 was sold from 1990 through 1999. All E36 saloons, coupes, and estates employed the 'Z-axle' multilink suspension in the rear which had been proven in the Z1. There was a hatchback body style, known as the E36/5 or BMW Compact. In order to save space due to its truncated rear end, the Compact used a rear semi-trailing arm suspension based on the older E30 (also found in the Z3 and M Coupe), instead of the Z-Axle Multilink employed in all other E36's. This particular car is modeled after a real E36 325i that is actively driven on mountain roads and race tracks in Northern California.The car has modified suspension, brakes, slight weight reduction, and a near stock engine. This car's main focus is on carrying momentum due to its lack of power, but is very balanced and has a flat torque curve. Engine: M50B25 with custom exhaust and Mark D's ECU tune.Drivetrain: Getrag Transmission, with upgraded mounts and bushings which decreases time between shifts. E36 M3 Limited Slip Differential with a 3.23 final drive ratio.Suspension: BC Type BR Coilovers, Turner Motorsport Rear Lower Control Arms, 4mm Steering Rack Spacers, Updated/Stiffer Bushings all around.Brakes: Hawk HP+ Pads on Zimmermann Rotors. Braided Steel Brake Lines. Motul RBF 660 Brake Fluid.Tires: 245/40/17 Dunlop Direzza ZII Star Spec on 17x8.5 et13 Mille Miglia MM11-2. To get the 'real' experience with my track alignment set your static camber to -3.3 front -2.5 rear. Front toe to -0.20 and rear toe to 0.10. Set tire pressures on semi-slicks to 30 psi all around. The car will bias towards understeer but can be used to go much faster through corners with the right driving.