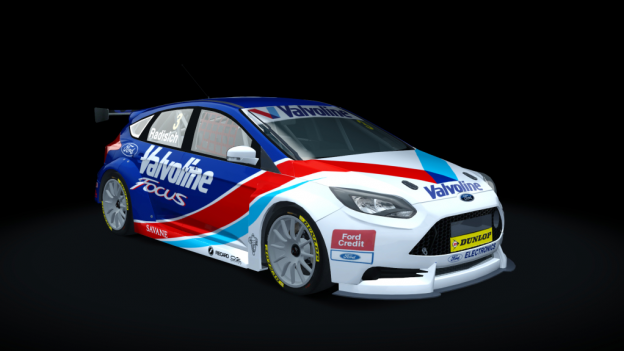 Since the 2014 season onwards all cars are built to the same NGTC regulations. First introduced in 2011 for an initial 5 year period, these technical regulations are designed to dramatically reduce the design, build and running costs of the cars and engines. Only NGTC cars are now eligible to compete in the BTCC. TOCA extended these regulation for a further 6 years from 2016.

NGTC allows independent teams to compete on a level playing field against manufacturer-backed efforts by keeping costs down whilst at the same time rewarding precise engineering and all-important split-second strategy.

The foundation for NGTC is an emphasis on some common components, so turbo, wastegate, intercoolers, ECU, instrumentation and dash, power management system, six-speed sequential gearbox, fuel tanks, differential, subframe, steering, brakes, clutch, wheels, dampers and suspension, which dramatically drives down costs for teams looking to compete in one of the world's most attractive motor sport arenas.

2016 sees the introduction of a new Technical Partner for the common subframes, suspension and new hydraulic power steering whilst all other Technical Partners were keen to continue their association with the BTCC.

Teams have the option of running either TOCA's unbranded NGTC-spec engine or, whether privateer or full manufacturer-backed entries, developing their own powerplant to the regulations, as long as it is from the same 'family' as their chosen model of car.
All are 340+bhp 2-litre turbo-charged engines.

An overview of the Technical Specifications are below:

340+bhp 2-litre turbo-charged direct-injection engine with 'fly by wire' throttle control
Low cost to develop, build, buy and maintain, either by teams and/or race engine-builders developing their own, or through lease/purchase of the TOCA-BTCC Swindon prepared engine
Engine can be sourced from a manufacturer's broad 'family' range, including subsidiary marques under their effective control
Common Owen Developments turbo charger and PWR intercolerto be used by all cars