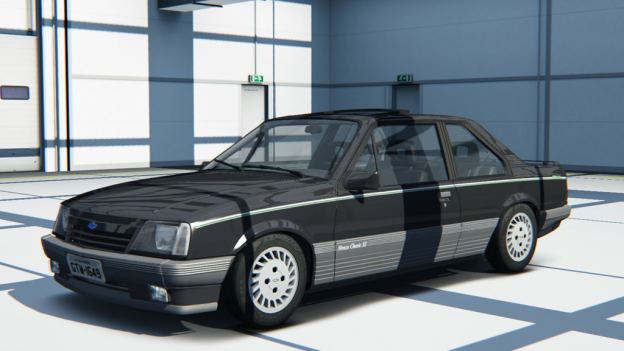 Year was 1990, brazilian market had just been reopened to imports, and Chevrolet cars could not stay behind.The Monza Classic SE was already one of the most successful luxury saloon from GM in Brazil, and the special 500 EF series was even more: It had not optionals, and already came with all original factory items, plus a 2.0L engine with 116HP and was equipped with the first electronic fuel injection from GMB, a Bosch Le-Jetronic MultiPoint system.The 500 EF was also a tribute to the National Hero, Emerson Fittipaldi, who besides being Bi Champion Formula 1, had just won the traditional 500 Miles Indianapolis.