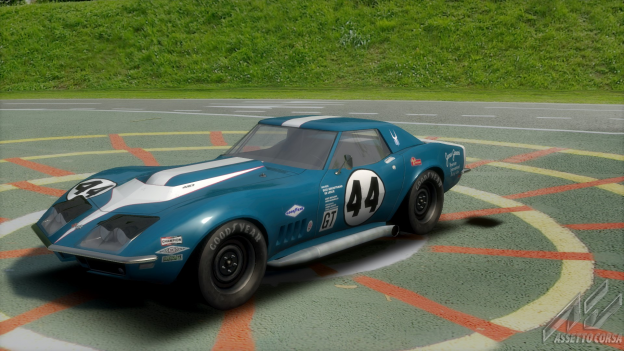 In late 1967, three 1968 model year Chevrolet Corvettes were prepared to L88 specifications and finished in Le Mans Blue for James Garners American International Racing team (AIR) to race at Daytona in February. Gulstrand and McDonald did general prep for the car while TRACO handled setup of the Chevrolet Corvette L88 427. AIR then showed up ready at Daytona with two of the three L88s.The AIR Corvettes were classified in FIA Group 3 and made a promising start to the weekend by out-qualifying the Sunray DX and Owens Corning Fiberglass-sponsored Corvettes as well as everything else but the mid-engined prototypes.