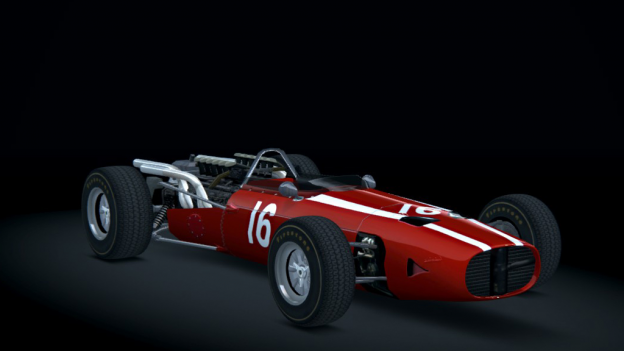 Derrick White was commissioned to design Cooper's very first monocoque chassis to house the Italian Maserati V12 engine. Dubbed the T81, the new 3-litre car was very conventional, perhaps with the exception of the front disc brakes, which were installed on the inside of the hub between the wishbones. Giulio Alfieri extensively reworked the almost ten year old engine, which produced a claimed 390 bhp. The Cooper team had always believed in the power of numbers and at various races in 1966, they fielded up to five Maserati powered T81s. Jochen Rindt scored the company's first Grand Prix win since 1962 at the Mexican Grand Prix and Pedro Rodriguez added another one in the 1967 opener in South Africa. The biggest problem of the 3-litre Coopers was the relatively high weight and in 1967 a lighter T81B was tried, but with little success.

Longest wheelbase of all the cars. Very stable and forgiving; must be driven very hard to go quickly, but forgiving characteristics permit this. Heavier than the four lightweights, with CG fairly far forward. Engine is down on power but very nice to drive.