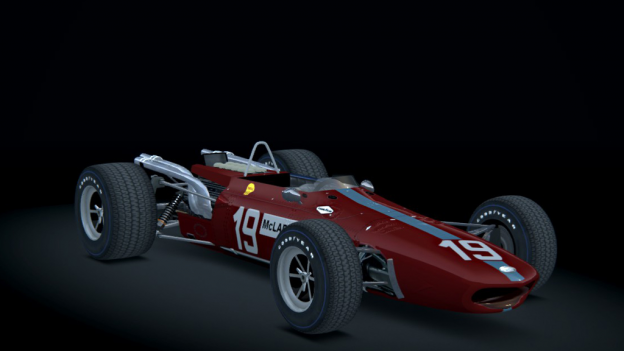 The McLaren M5A was a racing car constructed by Bruce McLaren Motor Racing, and was McLaren's first purpose-built Formula One car. Like its M4B predecessor, only one car of this type was ever built. The car was the first to use the BRM type 101 3.0 litre V12 engine, which produced 375 bhp.The M5A's first race was the rain-affected 1967 Canadian Grand Prix, and after an early spin McLaren worked his way up to fourth place, before a pit stop to change a flat battery caused by McLaren's decision not to use an alternator pushed him back down to seventh place at the end. At the next race in Italy McLaren qualified third, but broke two connecting rods while battling for fourth place and retired after 46 laps. the last two races of the season were no better, with McLaren retiring from both.