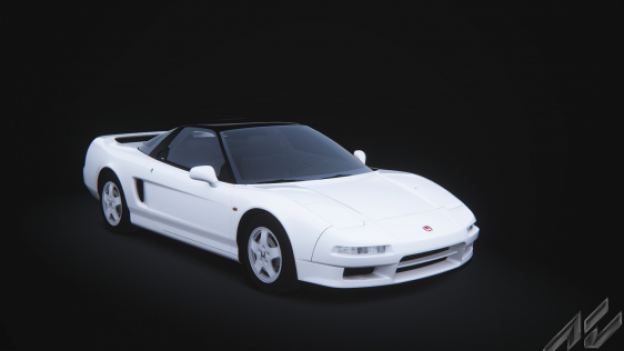 Honda NSX NA1 1990 The birth of Honda NSX in 1990 represented the peak of Japanese motor industry in its booming period. At that time, Honda racing engines had been dominating Formula One for several seasons. Its Civic and Accord also achieved sales success worldwide. However, to get the recognition from Western hardcore, the Japanese needed to do something even greater. While Toyota was working hard to build its first luxury car (Lexus LS400), Honda decided to develop a mid-engined sports car that could rival the best sports cars in the world, namely Ferrari 328 GTB and Porsche 911. This car turned out to be the NSX, whose name stands for New Sportscar eXperiment. NSX demonstrated many of the worlds most advanced technologies. At a time when Ferrari and Porsche still employed steel chassis, the Honda introduced the worlds first aluminum monocoque chassis. It was constructed by extruded rails, stamped floorpan and casted subframes spot welded together, then covered with aluminum skins. The whole structure weighed just 200 kg, helping the NSX to achieve a low kerb weight at 1350 kg. The NSX exterior design often split opinions. Although it lacked the sexy shape of Pininfarina or the character of Porsche, its slim, low-slung and glasshouse proportion was a refreshment to our eyes. Purists loved its no-nonsense, function-oriented design. It offered excellent all-round visibility, a low drag coefficient (0.32), little aerodynamic lift and a large boot behind the engine compartment capable of swallowing two golf clubs. Inside, the cockpit was roomy and supplemented with excellent ergonomics. In addition to the Japanese reliability and good servicing, NSX was generally regarded as the most user-friendly supercar ever made. The original NSX was powered by a V6 displacing only 2977 cc. Never mind, the famous F1 engine maker had plenty of technologies to boost its efficiency - VTEC variable valve timing and lift system, resonance-type 3-stage variable volume intake system and the world's first application of titanium connecting rods on road cars. They raised its redline to 8,000 rpm and enabled some 270 horsepower at 7300 rpm. The engine was also very light - thanks to aluminum head and block - and space-saving - as it was mounted transversely behind the cockpit together with the 5-speed gearbox and limited slip differential. The original NSX could top 168 mph on long straight. It took 5.7 seconds to accelerate from 0-60 mph and 13.1 seconds to 100 mph. Although these figures were competitive against the Ferrari and Porsche it benchmarked, they were not quite enough to match the new generation Ferrari 348tb and Porsche 911 Carrera. However, the strength of NSX was handling and ride instead of performance. Excellent balance, superb agility, precise steering and good grip from the soft compound Yokohama tires were the result of tireless testing at Honda's Suzuka circuit and Germany's Nurburgring (Ayrton Senna also gave some help). Surprisingly, it even rode very well, thanks to the narrow tires and low unsprung weight made possible by the forged aluminum double-wishbones suspensions. Furthermore, unlike the temperamental European machines, NSX showed very high level of refinement in its controls. For example, the clutch was lightweight and easy to modulate. The gearshift was slick and precise. The engine was willing, linear and responsive. Never before a supercar was so easy to drive fast. 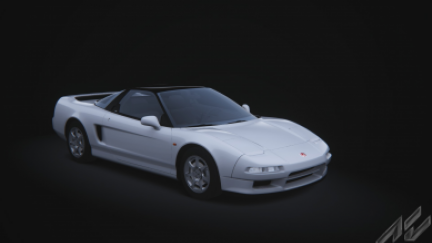