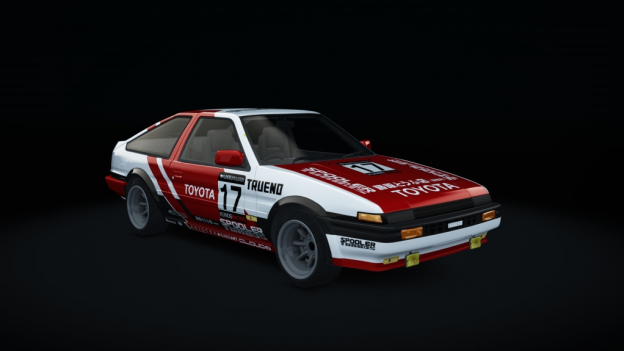 The AE86 generation of the Toyota Sprinter Trueno is a small, lightweight coupe or hatchback introduced by Toyota in 1983.

Even after production of the car was discontinued in 1987, many privateer teams still raced the AE86, and it is still a popular choice for rallying and club races today.

Part of the continued appeal of the AE86 for motorsports is its rear-drive configuration, a feature not available in most newer lightweight coupes.