On March 15, 2010, Lexus detailed the circuit-tuned variant of the LFA, plans for which were first disclosed at the LFA official press launch the previous October. The variant is officially known as the LFA N?rburgring Package in reference to the similar setup employed on the LFA race vehicles at the 24 Hours N?rburgring.The package features an extra 7 kW (10 bhp) from its V10 engine, bringing the total to 420 kW; 571 PS (563 bhp). It also features a re-calibrated transmission with gear shifts made faster by 0.05 seconds, a front splitter, stiffer and more adjustable suspension, lightweight alloy wheels coated in track rubber, aerodynamic canards at the sides of the front bumper, and a large fixed rear wing. 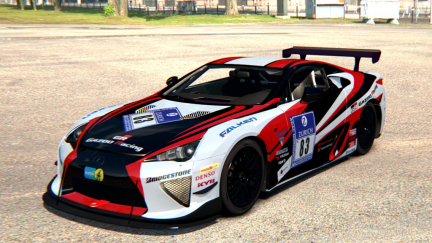