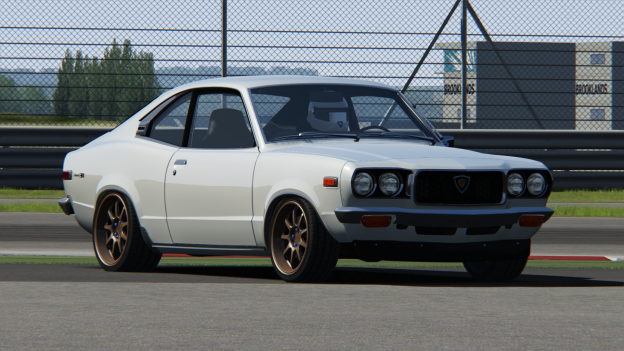 The name Mazda Savanna, sometimes incorrectly spelled Savannah, was used on the rotary-powered model sold in Japan, as a coupe, sedan, and wagon. Internationally it was called the Mazda RX-3. It was smaller and sportier than its brother, the Capella Rotary.RX-2, and was largely identical to its conventional inline-four donor model, the Mazda Grand Familia. It was available from September 1971 through 1978 in Super Deluxe coup, Deluxe sedan, and station wagon forms. The Super Deluxe coup was heavier 884 kg vs 864 kg and carried an optional body stripe, clock, rear defogger and the centre console.high armrest and collapsible steering column. Sold from 1972 through 1978 in the United States, the RX-3 version was extremely successful.