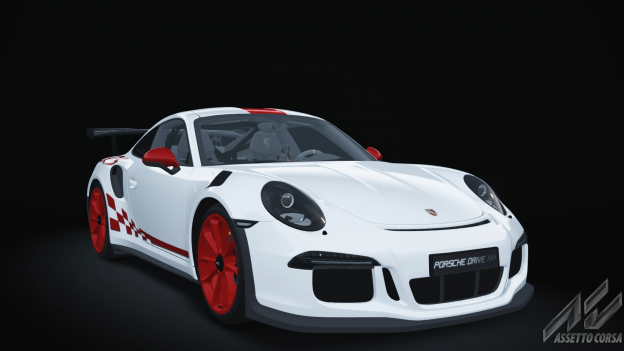 Continuing on the path of its predecessors, the newest 911 GT3 RS arrives packing 500 horsepower and 338 lb-ft of torque courtesy of a naturally aspirated 4.0-liter flat-six hanging off the back end, where God and Ferdinand Porsche intended.

This is not merely a GT3 with a bigger wing. This is really something special: bespoke new 4.0-litre flat six engine, magnesium roof, carbon fibre bonnet and boot lid, body based on the 911 Turbo, wider tracks, more aero, lighter weight, staggering Nurburgring lap time. And, contrary to rumours, it's very much not turbocharged.

Yes, it drives through a PDK gearbox. No manual. No massive surprise if we're honest. And besides if you want a manual you now have the Cayman GT4 to keep you happy.

Over to Preuninger: My aim is that we have to give the customer the opportunity to choose. I have such a ball driving the Cayman GT4 - guess why, because it's a manual - but it's not as fast. We have to offer different models for different purposes. The ultimate track car will always have a PDK in it because it is simply faster. The GT3 has tough competition, and we like to be the fastest. Motorsport is our heritage, and that is our belief.

Anyone can put a big spoiler on a car, but normally you'd then get an imbalanced car. We find as much as possible at the front to be able to balance it out. Overall, downforce is more than double here over the previous generation GT3 RS 4.0. That's 350kg at 186mph compared to 170kg.

The suspension has been retuned, and the wider 911 Turbo body means fatter track widths front and rear, which, teamed with wider tyres, helps increase grip and roll stability. The four-wheel steer system has also been honed to deal with more power and traction.

Preuninger reckons it's the first 911 that can be compared to true supercars, though given how much we like GT3 RSs of old, we're inclined to challenge him on that. But what does he now consider competition?

The Corvette Z06 is a great car and package. I'm a muscle car fan, always was. But I think a real competitor is the Ferrari Speciale. I don't consider the Nissan GT-R too much any more, it has a lot of weight! The Mercedes AMG GT is a great car but it won't get close to the GT3 RS on track. But they are working on a Black Series I'm sure. Be my guest, I say. I'm curious...