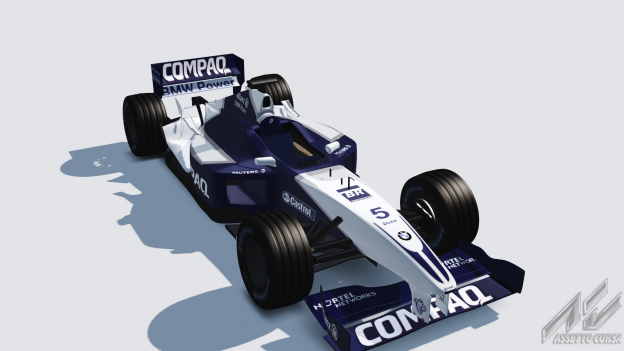 The Williams FW23 was the car with which the Williams team competed in the 2001 Formula One season. It was raced in competition by Ralf Schumacher, who was in his third year with the team, and Juan Pablo Montoya, a previous Formula 3000 and CART champion who was making his F1 dbut. 2001 was Williams' second year with engine partners BMW, and the promise shown in 2000 translated into raw speed and some good results throughout the year, including the team's first win since 1997 at Imola. The powerful engine, well-designed chassis, the Michelin tyres' tendency to work well in hot conditions, and the efforts of two quick drivers resulted in a haul of four victories and the team's re-emergence at the top of the sport, alongside Ferrari and McLaren. However, Williams were not able to mount a title challenge for several reasons. Firstly, the BMW engines were more unreliable than their rivals, resulting in a finishing rate of less than 50%. Secondly, the chassis was not so competitive on high-downforce tracks such as Monaco and the Hungaroring. Thirdly, both drivers made several mistakes, Montoya in particular as he came to terms with F1.